Jonny flies in with the GCT 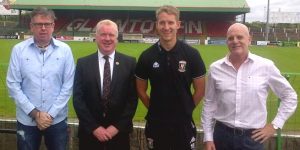 As Chairman of the GCT I guess you get to have more conversations than most with Glentoran Chairman, Stephen Henderson, but when you see his number coming up on your phone towards the end of July you sort of know it’s not an invitation to a barbecue!

It turned out the club were keen to extend a player’s contract, and when Stephen named the player involved everyone on the GCT Board was eager to listen. 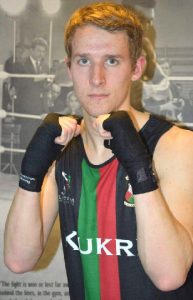 Jonny Addis is not only a good footballer, but a genuinely nice guy as well. A sign of the guy’s character is that Jonny was one of only 3 first team players who followed through on a promise to fight in the GCT Charity Boxing Night at La Mon a few years back. Never missed boxing training for 6 weeks, and the event raised over £12,000! £8,000 of that money went to the Glens and the other £4,000 to a number of local charities.

I told Jonny Addis, Stevie Gordon and Jay Magee afterwards, that if any of them ever needed help in the future and the GCT were in a position to provide it, we would. Which brings us to today…   MORE HERE