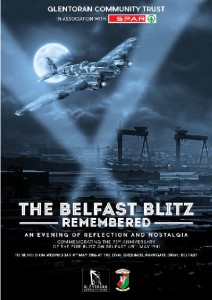 At around 21.45 hours on the 4th May, 204 German bombers carrying 96,000 incendiary devices and 200 tonnes of high explosives, left their bases in Northern France …  their destination …  Belfast.