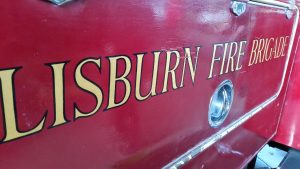 Last Saturday morning members of the Glentoran Community Trust took part in a restoration project on a 1938 Dennis Light Four Fire Engine from Lisburn that was involved in dealing with the raging fires in Belfast brought about by the two largest raids of the Belfast Blitz in May 1941. 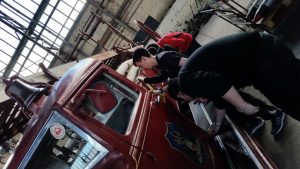 The tidy up was undertaken by supporters in the hope that the engine could once more come to east Belfast 75 years to the very night it last tended fires in the city. It is hoped that this historic artefact will be on display as part of the Belfast Blitz remembered commemorations taking place a the Oval on Wednesday 4th May 2016.

They say that if you don’t ask… 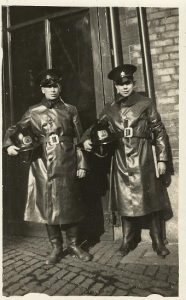 In the aftermath of both the Easter and May raids on Belfast in the Spring of 1941 the fire service in Northern Ireland was stretched beyond human belief. In an urgent plea for assistance as Belfast burned, the War Rooms at Stormont asked for urgent help by way of engines and crew from Southern Ireland. On both occasions fire crews sped from Dublin, Drogheda and Dundalk stations to come to the aid of the people of Belfast and their Northern counterparts. This was a story often told in the years that followed. 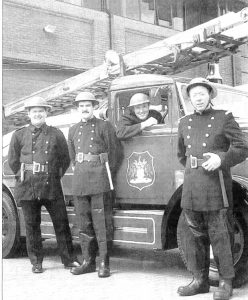 Mindful of this act of friendship, and as gesture of continued thanks,  we have extented an offer to the County Dublin and County Louth Fire service to stand beside us in remembrance at the Oval on the 4th May, . Both services have indicated that they would be honoured to attend and we are currently trying to bring not one but two fire tenders that travelled North that Spring back to east Belfast.

Tragedy knows no Borders. Picuted above and left firemen from both the North and the South of Ireland on duty during the Belfast Blitz.