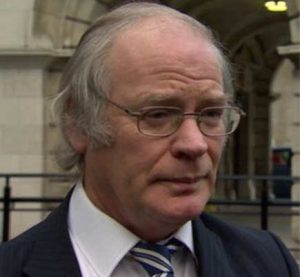 It is with the deepest sadness that we have learned today of the passing of GCT Treasurer Mervyn Jones.

A life-long and active Glenman, Mervyn had been involved with the GCT from the very start, indeed, as a Belfast City Councillor, he became interested in the Glens search for a new stadium, and joined the “Rest in East” campaign group as far back as 2003. When the GCT was born in 2006 Mervyn was then one of the first to sign up, and was elected to the GCT Board in 2008, before assuming the role of Treasurer some 6 years ago. His assistance to the GCT at Belfast City Hall has been invaluable.

When not at his beloved Oval on a Saturday however, Mervyn would travel to get his other football fix, watching Sunderland. He had also been a member of the Alliance Party for over 40 years, and represented the East Belfast wards of Victoria and Ormiston on Belfast City Council.

He will be sorely missed by everyone here at Glentoran Community Trust, and our deepest sympathy goes out to his 3 sons, Graham, Timothy and Ian, and to his extended family.

Funeral service will be held at Roselawn crematorium, 4pm on Tuesday 6th June.