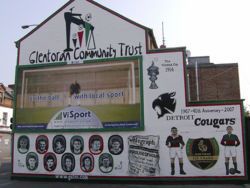 Thursday 3rd May 2007 saw the Official launch of the Glentoran Community Trust Mural, a project generously funded by the Northern Ireland Housing Executive and some six months in completion. 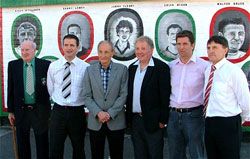 Attended by many of the famous players portrayed on the wall, the official opening and unveiling of a comemorative plaque was performed by none other than Glentoran Greats Sammy Lowry and Sammy Hughes, in front of the gathered dignatories and press.

‘Greatest ever’ Glentoran Player,  with a resounding 79%

of the poll was … Jimmy Cleary ! 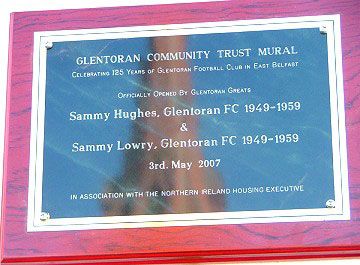